A week of climate change action

Mid-September has been an important time for action on climate change, with a report on the New Climate Economy, People's Climate Marches around the world, and a Climate Summit at the United Nations.

On 16 September, The Global Commission on the Economy and Climate released its report "Better Growth, Better Climate: The New Climate Economy Report", that shows that transforming the world to a low carbon economy will produce a higher GDP than business as usual regardless of climate change, but every day of delay is dangerous. The main problem is government subsidies for fossil fuels which distort the energy market. In 2012, fossil fuels received $544 billion in subsidies, compared with only $101 billion for renewables. The report by some of the world's leading economists and political leaders shows that there is no economic argument against rapid action to prevent global warming. You can download the report or parts of it at http://newclimateeconomy.report/misc/downloads/ and the four-page Executive Summary at http://static.newclimateeconomy.report/wp-content/uploads/2014/08/NCE_E….

On Sunday 21 September, the largest People's March on Climate Change in history was organized in New York City, with about 400,000 people participating, including a number of IEF members such as Peter Adriance, representative for sustainable development for the Office of Public Information of the American Baha'i Community, and Christine Muller, who wrote the IEF course on climate change, and is lead faculty for the Wilmette Institute course on climate change. Faith-based groups, including about 200 Baha'is, made up a whole section of the march. 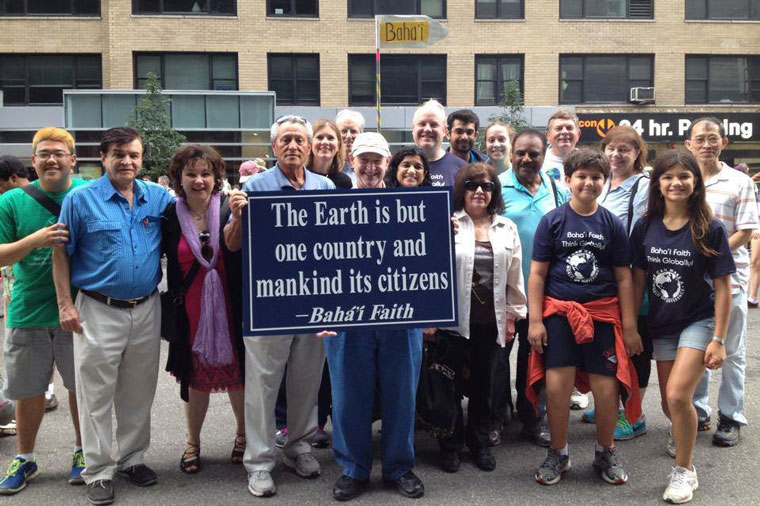 Similar, if smaller marches were organized in 2,600 other places around the world, involving at least another 300,000 people. Arthur Dahl marched with hundreds of others in Geneva, Switzerland. You can see more pictures at http://yabaha.net/dahl/Geneva.html#CLIMATE_MARCH 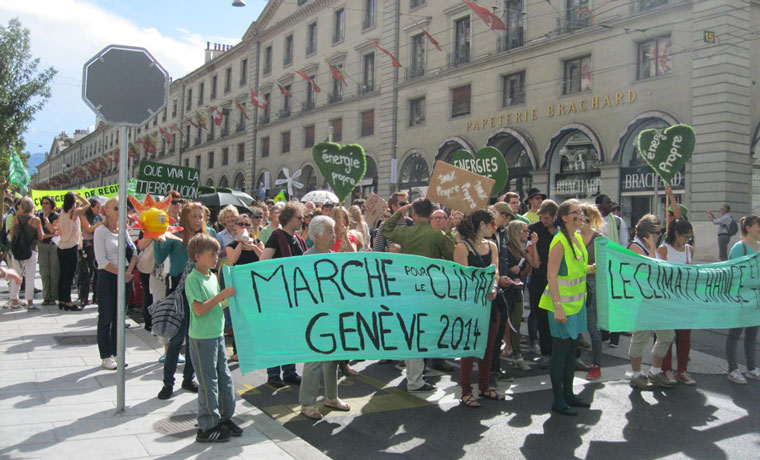 Peter Adriance has written a nice report in the Huffington Post on the faith-based activities around the New York march. You can read it here: http://www.huffingtonpost.com/peter-adriance/connecting-the-dots_3_b_59…

On 23 September, the UN Secretary-General convened a Climate Summit of 125 heads of state and government at UN Headquarters to build political momentum and make pledges of support for a global climate agreement to be finalized in Paris in December 2015.

One particularly moving event during the opening ceremony was Marshallese poet Kathy Jetnil-Kijiner speaking for civil society, with a poem to her infant daughter about the consequences of climate change on small islands. You can see the UN video broadcast at https://www.youtube.com/watch?v=L4fdxXo4tnY, and an illustrated version of her poem at https://www.youtube.com/watch?v=DJuRjy9k7GA. She received a standing ovation from the heads of state and government present.