Deforestation – What is Causing it and How can we Prevent it?

Deforestation – What is Causing it and How can we Prevent it?

Most people realise how vital forests are – deforestation and forest degradation cause about 11% of carbon emissions (while growing and standing forests absorb a fifth of emissions), devastate biodiversity, and harm water quality/flows and air quality. This is not to mention the social importance of forests, especially tropical forests – over a billion people, many of them very poor, depend on forests for all or part of their livelihoods and welfare. This includes about 200 million indigenous people and over 400 million in other ‘forest communities’. Data just released (http://www.wri.org/news/2014/09/release-new-analysis-finds-over-100-mil…) reveals that over 100 million hectares of the world’s remaining ‘pristine intact forest’ - an area three times the size of Germany – were deforested or degraded from 2000 to 2013. 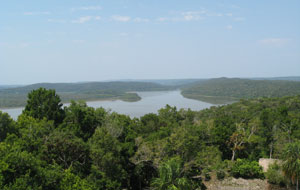 This opinion piece looks at some the causes of, and solutions to, deforestation in the hope that people may find it useful as we head towards the critical climate change summit in Paris at the end of 2015. It should be noted that it is quite biased towards tropical deforestation, reflecting the experience of the writer (deforestation of boreal temperate forests in places like Siberia has also become very significant).

Why does deforestation happen? There are many interconnected direct and underlying causes, including poor governance and policies; soaring demand for palm oil, soya and beef; illegal logging; roads into forest areas; fire; weak property rights; mining, oil and gas exploration; etc. Underlying these are excessive consumption linked to a materialistic value system, and rapid population growth. Deforestation mainly happens because it is more profitable to cut a tree or forest down than keep it. Behind this is the problem of ‘market failure.’ There are no markets, or very weak markets, for forest ecosystem services – these are ‘public goods’ which are not paid for but people benefit from them. Therefore forests have very high social and environmental values, and low financial values. Even wood is undervalued in terms of its ‘real’ cost – partly due to illegal logging. When something is cheap, more of it is consumed.

Therefore a key way of tackling deforestation is to increase the value of forests by getting the beneficiaries of ecosystem services to pay for them. Most progress has been made around the value of carbon since reducing deforestation and promoting tree planting are essential climate change mitigation strategies. The Economist magazine (August 23–29 2014, p.12) recently noted that “encouraging countries to plant trees (or discouraging them from logging) is by far the most effective way of reducing greenhouse-gas emissions,” and reported a calculation that the success of Brazil in reducing its deforestation rate by two-thirds from 2005 to 2013 saved six times more carbon than the high cost (due to expensive renewable energy technologies) efforts of “ultragreen Germany” over the same period. 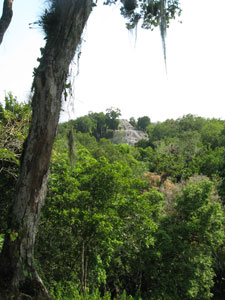 This potential has long been recognized in the United Nations Climate Change Convention, which has developed a mechanism of compensating countries for reducing deforestation called ‘Reducing Emissions from Deforestation and forest Degradation’ REDD+ (the plus mainly refers to tree planting). This is a mechanism not without controversy due to its carbon trading element. But due to the global governance failure (so far) to establish meaningful emissions reduction targets, there is a very low demand and thus price for REDD+ carbon credits. Therefore national REDD+ programmes and projects are not economically viable. It looks like some REDD+ programmes may be paid for through bilateral agreements, e.g., Norway buying Indonesia’s REDD+ carbon credits. This is a type of aid and is of doubtful sustainability compared to a market-based solution.

The other side of the coin as to why a tree or forest is cut down is that it is too easy. A lot of deforestation is illegal, but forest laws are weakly enforced. Government policies may also encourage deforestation. The perpetrators may be illegal loggers or small farmers, but are more likely to be businessmen establishing oil palm, soya or other agricultural plantations, and in Latin America, cattle ranchers. Many plantations are illegal or involve doubtful ways of obtaining the forest land. International efforts to encourage governments to improve law enforcement and governance (including tackling corruption) are linked with efforts to curb the illegal timber trade, and include the EU Forest Law Enforcement Governance and Trade (FLEGT) initiative and the US Lacey Act. A law banning illegal wood imports into the EU was passed in 2013. But these efforts are proving quite difficult due to vested interests and since timber exporting countries can switch to ‘easier’ markets such as China and the Middle East.

Consumers, especially wealthier ones, can play a complementary role to these efforts by wherever possible buying products that have gone through a credible certification process as having been produced legally and sustainably. The potential role of consumers can be gaged from recent research (http://www.forest-trends.org/illegal-deforestation.php) showing that almost half of all deforestation 2001-2012 was due to illegal commercial agriculture (mainly plantation crops), half of it due to overseas demand. Some corporates like Unilever have made serious efforts to develop a sustainable supply chain, and initiatives like the Roundtables for Sustainable Palm Oil, Soy and Beef are beginning to gain ground in promoting better management and governance in food industry supply chains. But such efforts cover only a fraction of supply, e.g., about half of all packaged supermarket products contain palm oil (http://www.worldwildlife.org/pages/which-everyday-products-contain-palm…).

Another important way of reducing deforestation, but one that has perhaps received less international attention, is by recognising and supporting the property rights of forest peoples (indigenous people and other forest-dependent communities). A recent report called “Securing Rights, Combating Climate Change” (http://www.wri.org/securingrights) presents research showing that deforestation rates are significantly and consistently lower in forests managed by forest peoples compared to state owned/managed forests, including protected areas or national parks. For example, from 2000 to 2012, forest loss on indigenous territories in Brazil was 0.6% compared to 7% elsewhere, resulting in 36% more carbon retention per hectare in indigenous areas.

Currently forest peoples have legal rights over about an eighth of the world’s forest (not all of which is respected), but much more forest is under ‘customary rights’ that are not legally recognised. For example, in Indonesia, only one of 42 million hectares of forest with indigenous customary rights has been legally recognised. Consequently oil palm concessions have been granted over much of this area, and Indonesia has one of the highest deforestation rates in the world (this includes peat forests which are perfect for oil palm after the very carbon-rich soil has been drained).

It is no coincidence that the two countries with most recent success in reducing their deforestation rates, Brazil and Mexico, have large proportions of their forest under indigenous or community control or ownership (80% in the case of Mexico). It is also significant that these are mid-income countries which, like industrialised countries, can better afford to pay for conservation – there is a strong correlation between rising national income and falling deforestation.

It was earlier mentioned that the cause and problems are interrelated, including the underlying values issues. Similarly the solutions are interconnected - in fact they must be combined to be successful, as shown by the example of Brazil. How has Brazil managed to reduce its deforestation rate by more than two-thirds (and over almost half the world’s remaining tropical forests)? First and foremost it has involved strong political will, especially by the Lula government, to improve law enforcement and governance. Much of the success is attributed to a moratorium on soya cultivation and ranching after forest clearance, and efforts to clamp down on illegal logging. This has been facilitated by state of the art and publicly accessible satellite imagery that has enabled NGOs and others to alert the authorities promptly where it is happening. Complementing this, Brazil is a pioneer of REDD+, various Brazilian States have systems of payments for ecosystem services, and about 300 indigenous territories have been legally recognised since 1980.

All these approaches have a strong equity or ethical rationale, in addition to the spiritual guidance from all world religions to care for the environment. Thus behind attempts to increase forest values is the principle that beneficiaries of ecosystem services should pay for them; honesty, justice and equity underpin efforts to improve governance and law enforcement; and there are strong equity arguments around the long-held customary land rights, our historical and on-going debt to forest peoples for the ecosystem services, and the poverty reduction impacts of such actions. And as consumers we can apply environmental and equity criteria on a daily basis.

In sum if we want tropical countries and forest peoples to conserve or sustainably manage their forests, we will have to find a way of paying them. The various strategies discussed above can be most logically combined within the framework of REDD+. Firstly REDD+ depends for its success on good forest governance, law enforcement and secure property rights, and many studies show that community-based conservation would be the most cost-effective REDD+ strategy. REDD+ provides a way of compensating forest communities and tropical countries, including for foregone development benefits had they decided to ‘cash in’ on the timber. It should be recalled that the development of industrialised countries relied significantly on both domestic and overseas exploitation of natural resources – colonial powers practiced illegal logging on a vast scale. The compensation or payment can be in the form of education, health services, social infrastructure, etc., rather than cash payments which are often problematic.

None of this is easy. REDD+ in its current form is too complex and costly, the cultural and social identity of forest peoples, essential for conservation, is being rapidly eroded, and vested interests associated with agricultural or timber concessions tend to block required legislation and governance. And a major missing ingredient is how to pay for REDD+. This brings us back to the importance of the emission reduction targets, and making carbon a valuable commodity that reflects its environmental and social importance. Since we are in a race against time - no-one knows when an ecological tipping point could be reached when ‘positive feedback’ problems such as methane release from the permafrost and Arctic Ocean spiral out of control - many see the Paris climate change summit in 2015 as a ‘last chance saloon’ for REDD+ as well as for all the other climate change mitigation strategies that need funding.

Essentially this comes down to the need for strong global governance of environmental problems based on the concepts of global citizenship and the oneness of humanity. As pointed out in a statement by the Bahá'í International Community, “much has been said about the need for cooperation to solve a climate challenge that no nation or community can solve alone. The principle of the oneness of humankind... seeks to move beyond utilitarian notions of cooperation to anchor the aspirations of individuals, communities and nations to those of the progress of humanity. In practical terms, it affirms that individual and national interests are best served in tandem with the progress of the whole... a new paradigm by means of which we can understand our purpose and responsibilities in an interconnected world; a new standard by which to evaluate human progress; and a mode of governance faithful to the ties that bind us as members of one human race” (Bahá’í International Community, Seizing the Opportunity: Redefining the challenge of climate change, 2008).