The Role of 'Nature' in the Politics of the Environment

Report on the meeting of the Triglav Circle, Montézillon, Switzerland, 14-15 June 2014

The Triglav Circle promotes an approach to international relations and public policy grounded in moral and spiritual values that are to be expressed in ethical norms and behavior. To this end it aspires to enrich the discourse on global problems with cultural, philosophical, and spiritual perspectives. Its recent focus has been on the relationship of man and nature, and it met near Neuchatel, Switzerland, on 14-15 June 2014 to discuss "The Role of 'Nature' in the Politics of the Environment".

The U.S. Baha'i Office of Public Information has just released a video on the Baha'i International Community's United Nations Office in New York and approach to sustainable development, available on YouTube at http://youtu.be/L3B925rUAZk.

The 2014 Global Research Forum Sustainable Production and Consumption Conference: Global Transitions to Sustainable Production and Consumption Systems, was held at Fudan University, Shanghai, People's Republic of China, on 8-11 June 2014. About a hundred participants from around the world gathered to explore the challenges and research opportunities in trying to move the world towards sustainability. IEF President Arthur Dahl participated in the conference, as several IEF members did in the previous GRF-SPaC in Rio de Janeiro in 2012. SInce there were numerous parallel sessions of papers, this report emphasizes the values dimension. More information on GRF-SPaC is at http://grf-spc.weebly.com/.

Through a series of short videos being released during the first half of 2014, the U.S. Baha’i Office of Public Affairs is highlighting ways in which the Baha’i community is fostering sustainable development at the local, national and international levels. The initiative is part of the US Baha’i effort to support the UN Decade of Education for Sustainable Development which concludes this year.

The Open Working Group (OWG) set up by the United Nations General Assembly to prepare proposals for Sustainable Development Goals (SDGs) for post-2015 has completed a first round of meetings and issued a progress report at http://sustainabledevelopment.un.org/content/documents/3238summaryallow…. Based on this work, its co-chairs have prepared a report on the focus areas for SDGs it has identified (http://sustainabledevelopment.un.org/content/documents/3276focusareas.p…) for consideration at its meeting on 3-5 March 2014, at UN Headquarters in New York, USA.

Faith communities, including IEF governing board member and Representative for Sustainable Development of the U.S. Baha'i Office of Public Affairs Peter Adriance, testified recently before the United States Environmental Protection Agency (EPA) on the moral implications of carbon pollution causing climate change. Peter's write-up on the testimony, "Faith Communities Stress Moral Dimension of Carbon Pollution at EPA", has just be published in the Huffington Post and can be read at http://www.huffingtonpost.com/peter-adriance/faith-communities-stress-_….

The Global Environmental Policy Programme (GEPP) at the University of Geneva, Switzerland, which IEF President Arthur Dahl has helped to design, organizes policy briefings as well as a summer training programme. GEPP has now issued a two-page brief on "Beyond the Limits: Implementing a Resilient Future" summarizing its 28 November 2013 event with Ian Johnson, Secretary-General of the Club of Rome, and Per Olssen of the Stockholm Resilience Centre. This can be downloaded here.

The Club of Rome and the Alliance of Religions and Conservation have launched a project on "ValuesQuest: the search for values which will make a world of difference" (see http://www.clubofrome.org/?p=5821). After addressing the root causes of world problems for over 40 years at a broad systemic, holistic and long-term level, the Club of Rome has recognized that values are the main drivers behind societal instruments like economy, education and governance, and that present values are guiding the course of society in the wrong direction. 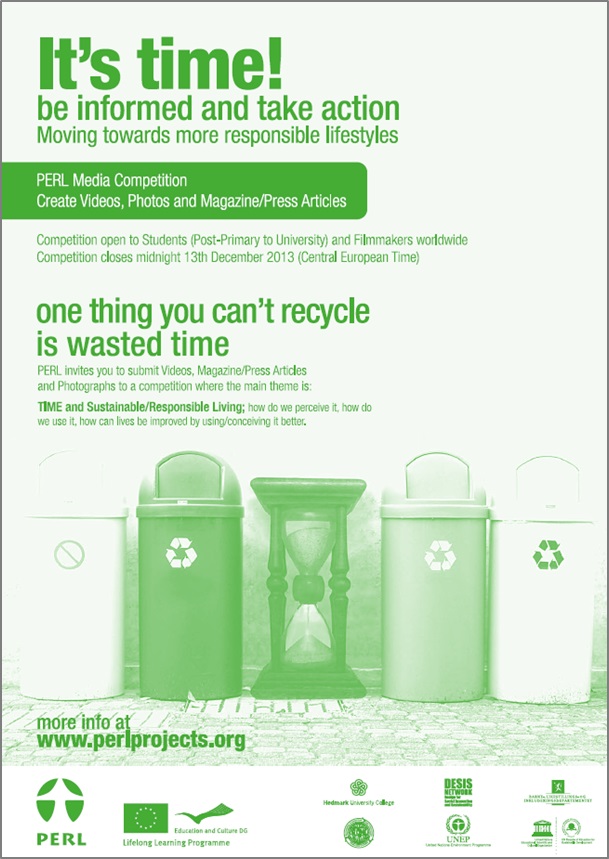 PERL (the Partnership for Education and research about Responsible Living) is running a media competition for students and film-makers. The link below will lead you to PERL’s website where you will find all the information needed to participate:
http://www.perlprojects.org/Project-sites/PERL/News-Events/News/PERL-Me…