The IEF was again represented by its president at the 7th International Conference on Reconciliation, Tolerance and Human Security in the Balkans, in Milocer, Montenegro, on 21-22 October 2011. The conference with 180 participants was organized by the European Center for Peace and Development (ECPD) of the University for Peace established by the United Nations. Over 40 papers were presented on this year's theme “New Balkans and European Union Enlargement”. 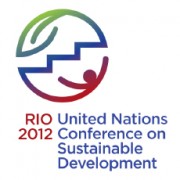